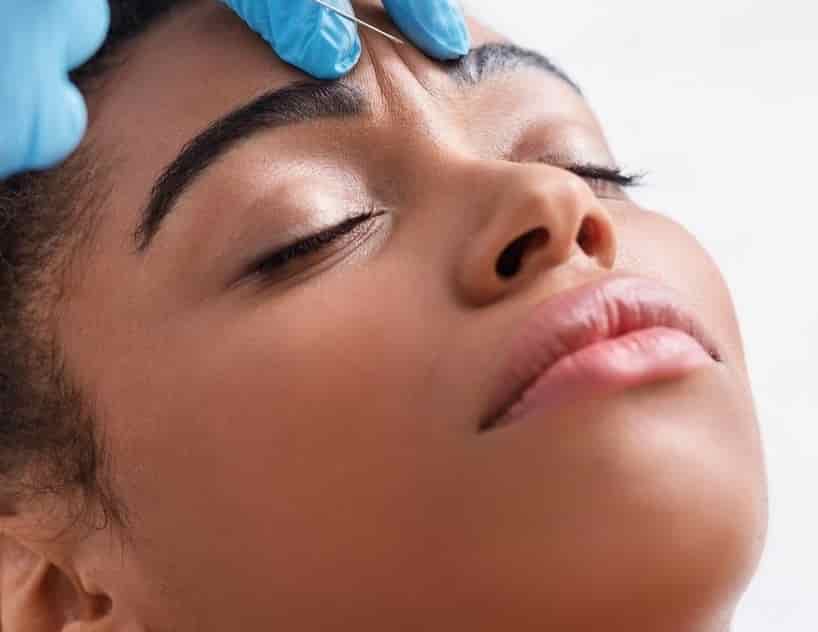 Ready for some crazy science? Studies are show that getting muscle-relaxing botulinum toxin injections (often referred to as Botox) in your face doesn’t just lift your brows. It also lifts your spirits! While you’d think that any treatment that improves your looks would automatically make you feel better, doctors think there’s more to it.

A recent study on the phenomena was performed at the University of California San Diego in 2020. The team found that people who received Botulinum toxin injections in 6 sites – not just their face – reported depression a lot less than those who didn’t receive the treatment.

“For years, clinicians have observed that Botulinum toxin injected for cosmetic reasons also eases depression for their patients,” said Dr Ruben Abagyan, a professor of pharmacy involved in the study. “It’s thought that easing severe frown lines in the forehead region disrupts a feedback loop that reinforces negative emotions. But we’ve found here that the mechanism may be more complex, because it doesn’t really matter where the neuromodulator is injected.”

Up, up and away with botulinum toxin!

Clearly, neurotoxins are a mood mysterious mood booster. But spirit-lifting aside, it is also used to your lift your face. One of the most obvious examples being a non-surgical brow lift. A traditional surgical brow lift involves going under the knife and facing a myriad of risks. This includes not liking your results! A liquid brow lift, however, is non-invasive, super-safe and never permanent. Also, there’s a good chance you’ll love your new look. The satisfaction rate for this procedure is incredibly high. It’s easy to maintain with a few “top-up” injections every couple of months.

The eyes have it

If your eye shape tapers to a point at your tear duct as well as at the outer corner where it naturally lifts upwards, you’ll want what’s known as an almond-shaped eye. Many celebrities have this attractive eye-shape, including Beyonce, Mila Kunis and Eva Longoria. with Botulinum toxin.

If you love the look and wish to emulate it, know that’s it’s possible with neurotoxins. Injecting a tiny amount into the centre of the lower lash line relaxes the orbicularis oculi muscle. This creates a wider-eyed effect. It’s also possible to weaken the upper outer orbicularis muscle (the muscle around the eye). This gently lifts the outer brow for a subtle upturned look. Just like that – designer eyes are yours for the taking!

Another way doctors are using Botulinum toxin to get a little elevation is when they’re used in non-surgical nose jobs. Often, a droopy tip (also known as the dreaded “witch’s beak”) is why people will seek out a non-surgical nose job. In many cases, this droop is caused by a particular muscle that pulls the tip of the nose downwards. By injecting a few drops of neurotoxin just underneath the nose’s septum, it’s possible to relax this “pulling muscle” in a way that allows the nose to lift.

In short, neurotoxins make people happy. Scientists don’t understand the exact mechanisms as to how it affects you psychologically, but a good aesthetic doctor is the first step.