Fighting Inflammation: How To Use Food To Regain Your Health? 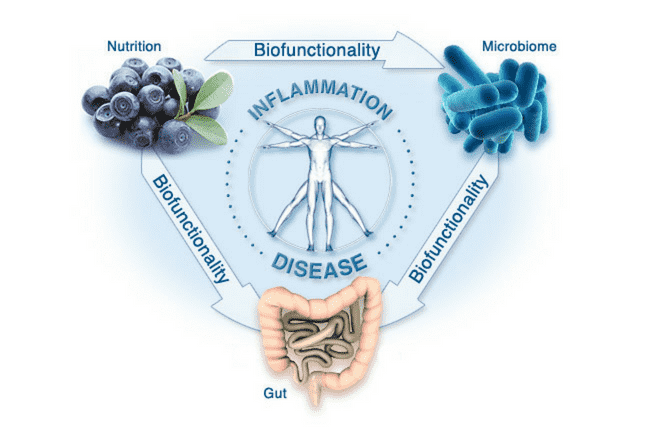 Fighting inflammation with food to regain your health. Can it be done? As it turns out an antioxidant-rich diet and the right supplements are powerful weapons to fend off inflammation as well as its effects that include premature ageing.

Inflammation gets a bad rap but it’s not always a bad thing. Acute inflammation, for example, is a short-term response triggered by our immune system to help heal injuries and fight infections. Chronic inflammation, however, is another thing altogether and can lead to serious health conditions like heart disease and cancer. It’s also a cause of premature ageing, often referred to as inflamm-ageing.

While there are many factors that can cause chronic inflammation, just a few of them include fluctuating cortisol levels (cortisol is your body’s stress hormone), an imbalance of gut bacteria, a poor diet, smoking and excessive drinking.

Eat to beat it


Eating a healthy, balanced diet will go a long way towards reducing your risk of chronic inflammation but some foods are actual inflammation fighters! Include these foods: tomatoes, olive oil, green leafy veggies like spinach and kale, fruits like strawberries, blueberries, cherries and oranges and fatty fish like salmon, tuna and sardines.

Your choice of seasoning can help too! The top five anti-inflammatory spices? Turmeric, cayenne, ginger, cinnamon and cloves. What makes these particular spices is their potent antioxidant content. Did you know that a just a half teaspoon of cinnamon has as many antioxidants as half a cup of blueberries? Suddenly a blueberry, strawberry and cinnamon smoothie sounds like a breakfast of champions. (For the record, you’ll find the Medford Cinnamon Extract at Health Renewal).

In the same way that certain foods have a negating effect on inflammation, others can cause it. The main culprits are fried foods, processed meats, refined carbs and sugar.

Other ways to beat inflammation


Eating carefully is just one way you can mitigate chronic inflammation. There are lots of lifestyle changes you can make, read more about them here.  Top of the list is to supplement your diet with anti-inflammatory nutrients that include the following:

MSM
Methylsulfonylmethane (AKA MSM) is a brilliant anti-inflammatory as well as a great antioxidant. MSM Powder with Vitamin C is an easy way to supplement as you simply mix it with water or juice.
Krill oil

Superba Krill is extracted from an arctic Krill species that are especially rich in omega-3 fatty acids.

Glisodin
A potent antioxidant complex, Glisodin contains cantaloupe extract and wheat protein and, aside from fighting inflammation, this will help protect your blood vessels from oxidative damage.

Vitamin D3
Scientists have discovered that chronic inflammation is associated with a deficiency of vitamin D3. Therefore it is recommended you add Metagenics D3 2000 complex to your shopping list. It also includes isoflavones to help your body enjoy the optimum benefit of the sunshine vitamin – without having to expose your skin to the sun.