Insulin: Men Are You Struggling To Lose Weight In Your Waist? 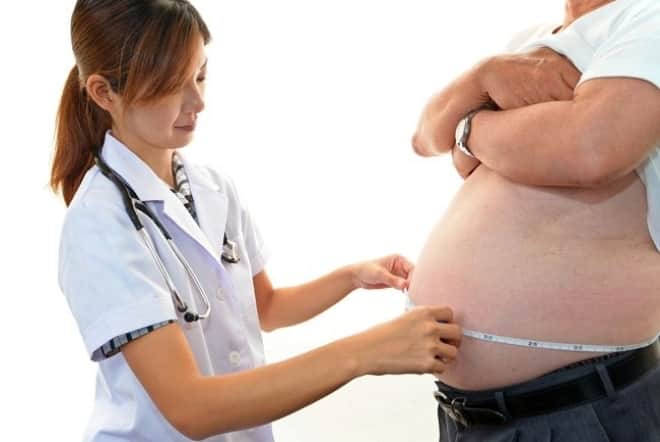 Everyone wants abs and they’re actually a rather easy set of muscles to define. However, the frustrating thing is that you have to have a low body fat percentage if you’re to see your hard work. If you’ve been watching what you eat and working hard in the gym, but still can’t seem to shift the weight you’re carrying around your middle there’s a chance you might be insulin resistant.

The hormone insulin has a much bigger role to play than most realise when it comes to your weight. It’s got many jobs but one of its most important is to ‘talk’ to the sugar in your blood. It’s the message carrier that tells it to leave your bloodstream and move into your cells where it can be burned up as fuel.

If you’re insulin resistant your body eventually starts to ignore the message insulin carries. You begin to pump out more and more of it just to get the same sugar transfer, a process that becomes sluggish, and eventually, you’re producing a huge amount of insulin, it falls on deaf ears and, ultimately, you run out of it. The end result is a bloodstream full of sugar that, instead of being burned up for energy, it gets stored away as fat.

There are many reasons why one can become insulin resistant. Some are genetically prone (thanks mom!) but those with no family history of the condition that are most at risk of developing it tend to be over 40 (but not always), are mostly sedentary and overweight.

On top of this, there are various lifestyle factors that can also cause insulin resistance and these include unmanaged stress or a sleep disorder. (Yep, not enough restorative sleep can have a terrible effect on your overall health.)

Symptom-wise, a growing belly that feels impossible to shift is probably the most common sign of insulin resistance. You might also be thirsty or hungry all the time, crave carbs and sugar, have an increased need to urinate and suffer from fatigue, blurry vision and brain fog. There’s also a good chance you’ll have high blood pressure and cholesterol.

There are many symptoms to indicate insulin resistance and, other than stubborn belly fat, you might have some or none. This is why, if you suspect you have the condition, the best way to diagnosis it will be to visit your doctor for blood tests.


Treatment-wise, you might be given medication but you’ll definitely be encouraged to make lifestyle changes. These will include getting more exercise and shunning sugar via a glycemic index (GI) eating plan. This is where our the Renewal Institute Diet (RID) comes in.

A low calorie, low GI plan that’s been carefully created by our highly-skilled doctors, it’s the ideal diet for anyone battling insulin resistance as well as non-sufferers who want to get rid of stubborn belly fat fast and then keep it off. The diet is enhanced by supplements and human chorionic gonadotropin (hCG) injections administered by a medical doctor and, if you adhere to it strictly, you can men can lose between 7 and 8kg a month.

Our RID patients have a fantastic success rate because it’s not just a matter of eating low kilojoule foods. Everything on the menu is either a low or no sugar food with the aim of reducing your blood sugar. Ultimately, the less sugar in your blood, the less you’ll end storing as fat. Also, the longer you starve your body of sugar, the more time you’ll have to replenish your insulin stash and allow your body to become more sensitive to its message once more.

This is why it’s vital that you follow the diet to the letter. Many people often attempt to cut out sugar on their own but aren’t successful as they don’t realise how much of it is hidden away in surprising foods. For example, you’ll find 19 grams of it in a small apple!

Another plus of the diet is that, despite it being low kilojoule, you’ll still get optimum nutrition from the supplements and delicious-tasting shakes and, thanks to the hCG injections, you’ll experience less hunger cravings and get to enjoy a turbo-boosted your metabolism.

Get in touch today

If you suspect that you’re insulin resistant or simply want to shift the stubborn belly fat hiding your abs, make an appointment to see one of the doctors at Body Renewal.

The RID diet is a tried and tested low kilojoule, low GI solution supported by nutritional supplements and hard-working hCG injections. You’ll also be monitored by medical professionals every step of the way to ensure you stay on track. So, what are you waiting for? Make this the summer you finally get a six pack!