IV infusions : Could This Possibly Cure Your Hangover? 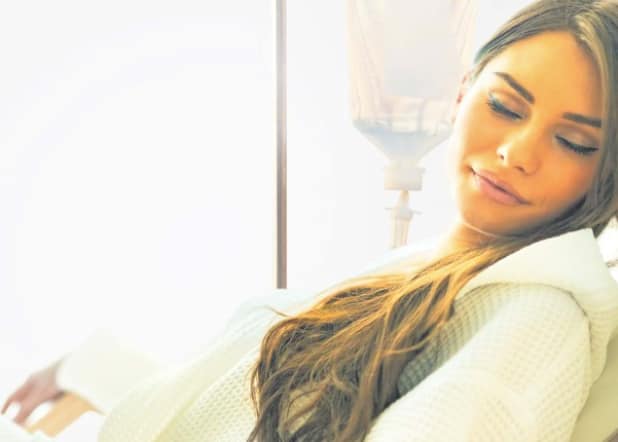 Those last two rounds of tequila shooters were a brilliant idea at the time. But now it’s the morning after, your head is in a vice and just the idea of crawling from your bed into the kitchen to switch on the kettle would feel like completing the Comrades. Yes, it’s official. You have a hangover from hell. And it gets ‘better’… they’re only going to get worse as you age! But hold onto your britches as we bring you your saving grace – aka IV infusions.

Back in the glory days of your youth, you might have been one of the lucky ones. A young man with the ability to spring out of bed and hit the gym right after a bender the night before. As you get older, however, it becomes a different story. Suddenly, your seemingly superhero-like power to bounce back from booze starts to drain – much like that wonderful red blend that got you on the dance floor the night before but now wants to keep you in bed for the whole of the following day.

The science bit of hangovers


Medical experts have several theories as to why hangovers get worse as we get older. One is that you’re less likely to overindulge as you’re older so your body isn’t ‘used’ to it. Another is that your body composition changes in a way that makes it less efficient to process alcohol.

As we age, many men gain fat and lose muscle mass. Muscle is 75-percent water and fat is only around 10-percent. While alcohol is quickly absorbed and diluted by water-rich bodies, this isn’t the case for those that have more fat than muscle. If you’re in the latter camp, you’ll also run a higher risk of dehydration.

Your liver enzymes are also letting down the team. Their job is to metabolise alcohol or any other ‘toxin’ for that matter. However, as the years tick on, they start to diminish and the ones we’re left with just aren’t as efficient as those we had in our youth. So yes, it’s not in your head. You really can’t party like it’s 1999 anymore.


Fortunately, there are lots of things you can do to ease a hangover and one of them is to avoid drinking on an empty stomach, alternate every glass of alcohol with a glass of water and drink even more water and pop ibuprofen before bed. (Avoid painkillers containing aspirin and paracetamol as the former can aggravate your stomach and the latter mixed with alcohol can harm your liver.)

One of the cleverest and most efficient ways to beat it, however, is with yet another cocktail and we’re not talking hair of the dog. We’re recommending a Hangover Recovery infusion cocktail from Health Renewal!

As the treatment focus is on total rehydration and toxin flushing, you can get around two of the biggest contributors to The Worst Hangover Ever – a water-short body and a struggling liver.

What’s in the mix?


The Hangover Recovery Infusion cocktail is a potent mix of hydrating fluid; antioxidant vitamins like B and C and restorative nutrients like magnesium, manganese and glutathione as well as trace minerals. IV infusions are a concentrated source of vitamins and minerals which bypass the stomach. In so doing, IV infusions get deposited directly into your bloodstream.

While it’s ideal for a post-party body, it’s also a great boost for anyone who’s tired and run down or suffering from a weakened immune system, be it due to an illness or stress. In short, if you live a fast-paced life or are burning the candle at both ends, be it by working too hard, partying too hard, or a blend of both, this ‘jet fuel’ for a fast recovery. That is why we choose IV infusions every time!

A single IV infusion will deliver results but a weekly session will help keep you on the fast track. Either way, you’ll have to have a pre-infusion consultation with one of our doctors to ensure you’re a candidate so they can help you figure out the best plan of action.

Now can we get a ‘cheers’ to that? Here’s to your health!