Menstruation, is it messing with your brain functioning? 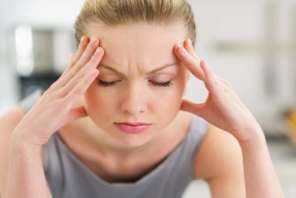 Menstruation is often synonymous with mood swings, cramps, acne, fatigue, weight fluctuation, and a plethora of emotions. A common belief is that the associated forgetfulness or “brain fog” during our monthlies can be blamed on menstruation too. However, a recent study published in Frontiers in Behavioral Neuroscience found that there is no direct link. In fact, a woman’s menstrual period and her ability to think clearly are not related according to scientists.

There are other possibilities which need to be explored when it comes to the inability to think straight.

Although there might be individual exceptions. The overall consensus is that women’s cognitive performance is in general not disturbed by hormonal changes in the menstrual cycle. One of the main reasons for brain fog, however, is sleep and stress associated.

Brain fog is also known as cognitive dysfunction can be caused by sleep apnea. Insomnia and Narcolepsy can also cause Brain Fog but is not limited to sleep apnea. Studies suggest that the main cause for memory problems is hypoxemia (the deficient oxygenation of the blood).

What is brain fog?

Brain fog, also commonly known as brain fatigue, can be mild to a severe episode of mental confusion that can strike without warning. When this occurs, it is common to experience a lack of focus, poor memory recall and reduced mental acuity.

Hormones and how women function

Studies and cognitive tests are ongoing to better understand how the reproductive cycle affects women’s brains. For now, you will just have to stop blaming Mother Nature for your foggy thinking and start looking into other possible causes.