Restless Leg Syndrome: Here’s How It Differs From Muscle Cramps 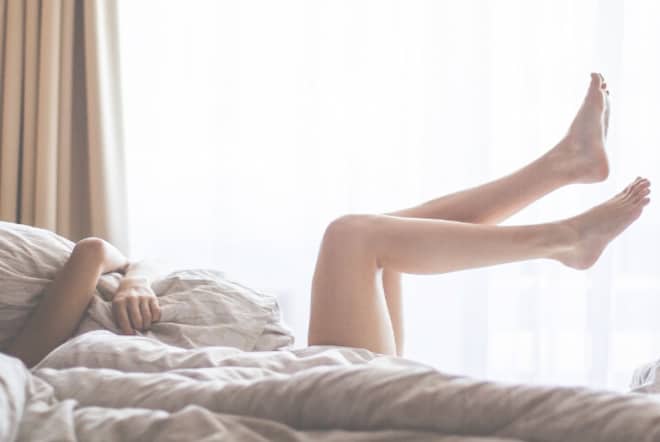 Do you sleep with a partner who occasionally gives you an unintentional kick in the middle of the night – or are you the kicker yourself?  Chances are you’ve got restless leg syndrome. The thing is, symptoms of this complex condition extend far beyond legs that jerk or twitch in the night. We’re going to help shed more light on it as it’s often misunderstood. Better yet we’ll fill you in on a breakthrough that could change the way it’s treated.

What is restless leg syndrome?

Simply put, restless leg syndrome is essentially a discomfort in the legs that causes the irrepressible desire to move them. It can manifest in many different ways. Sufferers describe the sensation as burning, crawling, cramping, aching, itching, tingling and even an electrical shock. The sensation isn’t limited to night time but tends to worsen in the evening and occur when the legs are at rest. Sitting in a confined space is another trigger. So if you’re a restless leg sufferer, a long-haul flight can be hell.

Restless leg syndrome can affect anyone but most often manifests in women during pregnancy. If it already exists, it typically gets worse. The cause for the condition isn’t well understood but, as it can result in insomnia, it’s classified as a sleep disorder.

Traditionally, the symptoms of restless leg syndrome are treated using a variety of medications. These range from sedatives like benzodiazepines and painkillers to anticonvulsants. In fact, even dopaminergic agents are used to raise the levels of dopamine, a neurotransmitter in the brain.

Many doctors also suggest patients try a selection of nutraceuticals. These may include an iron supplement as those with restless leg syndrome often have low iron levels. Studies have shown that those taking an iron supplement tend to have an improvement in the severity of their symptoms. Even if they didn’t start with low iron in the first place.

A breakthrough worth noting

As we said, the jury is still out on what exactly causes restless leg syndrome. Originally it was thought to relate to the central nervous system. Now, however, new research has indicated that the nerve cells targeting the muscles are also responsible.

Studies conducted as a team effort between the University of Gottingen, the University of Sydney and Vanderbilt University have revealed that patients with restless leg syndrome have much more “excitable” motor nerve cells than those who don’t. Right now, this is news isn’t translating to new treatments just yet, but it may well do so in the future. Finding drugs that can target the communicative between those nerve cells, reducing their excitability to normal levels, could be the key to the most effective treatment yet.

If the meantime, if you suspect you might be suffering from restless leg syndrome, make an appointment to see a doctor. Alternatively, visit a sleep specialist get a proper diagnosis. Many suffer from the condition while the symptoms are still mild and write it off. Brushing it off as simply muscle cramps or a random tic. A diagnosis means being prescribed treatment that can greatly reduce your need to move and translate to the best medicine of all – a good night’s sleep.