Sleep Disturbances: Is a lack of sleep doing permanent damage? 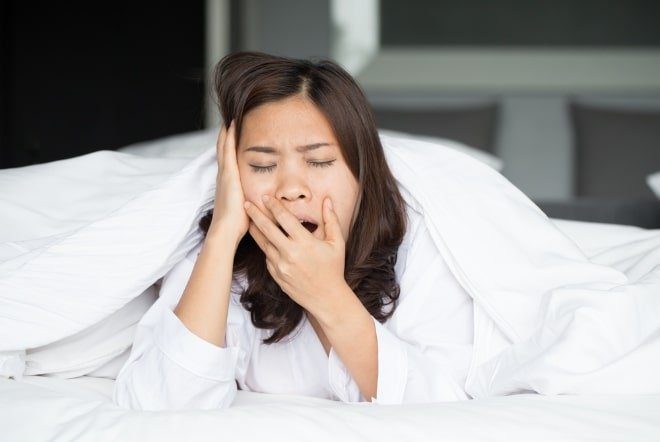 You don’t need to be a neurologist to know that, after a bad night’s sleep, your brain just isn’t as sharp as it could be. Writing an exam while starved for more pillow time would probably result in a lower mark. Having to embark on a long trip behind the wheel would be risky. Once you’d gotten a little more sleep, however, you’d be able to return to form. Or could you? As it turns out, ongoing sleep disturbances can have several long-term effects on your brain. One of them is to negatively affect your overall lack of brain function.

Researchers at the University of Pennsylvania and China’s Peking University studied the neural activity of mice suffering from various levels of sleep deprivation. They discovered that prolonged periods without sleep lead to impaired brain function. Not to mention the death of brain cells.

The area of the mice’s brains that interested researches the most is known as the locus coeruleus (LC). The neurons in this area play a big role in a range of important functions. These include attention span, wakefulness, memory, the ability to understand things and even emotions. They found that, when deprived of sleep in the short-term, the mice’s LC neurons had a protective response. They’d increase the production of a particular protein as well as antioxidants. These are vital to protect brain cells from damage and stress.

When the sleep disturbances were prolonged, however, the LC neurons lost their ability to serve up natural protection. As a result, they started to die. Researchers found that after less than a week of operating on a sleep schedule that mimicked a human shift worker, the mice had lost a whopping 25-percent of their LC neurons!

Insomnia can shrink your brain

While the aforementioned study wasn’t on humans. It is the first evidence to suggest that a lack of sleep can have an irreversible effect. This is something scientists have suspected for a while. It is for this reason that more human studies are being done to confirm their suspicions. One, for example, was performed by researchers in Sweden. It examined the effects of a single night of sleep deprivation on a human brain. It revealed that after just one night of not sleeping (hello insomnia!) the blood concentration of brain cells rose by 20 percent. An indicator that can signify neural damage.

Another study performed by researchers at the University of California found a link between chronic poor sleep quality and a reduction in brain tissue volume. Simply put, an extended run of pillow tossing can literally shrink your brain!

If you’ve been struggling to sleep on an ongoing basis, it’s time to take it seriously. In the same way that you wouldn’t ignore chronic pain, you shouldn’t accept a life where you’re constantly running on empty. A continuous flow of deep, restorative sleep is the foundation of good health and, without it, you put yourself at risk of developing a host of health problems.

To get to the source of what’s causing your sleep disturbances, be it primary insomnia or sleep apnoea, consider making an appointment to see a specialist at a sleep clinic. They’ll be able to run a series of tests to help you get to the root cause of what’s keeping you up. They’ll then be able to create an appropriate treatment plan that gives you a better kind of sleep and a better quality of life.