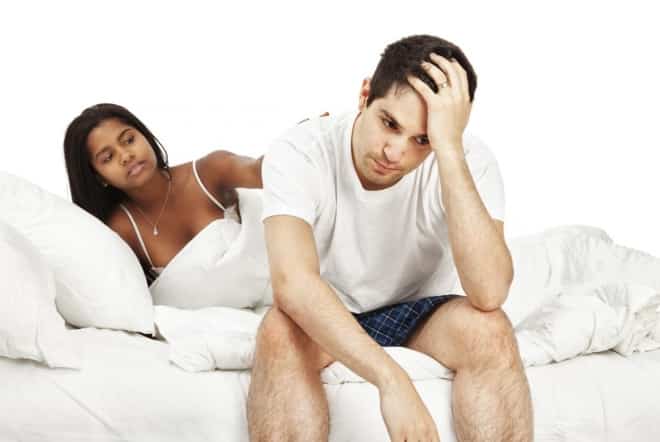 Erectile dysfunction. Nobody wants to talk about it and this is what makes it tricky to treat, especially since the person you really have to chat to is a doctor.

Categorised as the inability to get or sustain an erection long enough to have sexual intercourse. Did you know that erectile dysfunction is a lot more common than you think? Again, this is due to the fact that most men aren’t likely to bring it up in conversation. Also, while it’s more likely to affect older men, younger men aren’t excluded from the condition either. An Italian study published in The Journal of Sexual Medicine found that one in four men seeking medical help for erectile dysfunction where under the age of 40.

While increased age definitely puts you more at risk of developing erectile dysfunction there are lots of possible causes. These range from psychological reasons like stress or anxiety to physical ones like cardiovascular diseases, hormones and diabetes. Also, certain medications, recreational drugs, alcohol and even smoking can also be to blame. This is why it’s important to make an appointment with a doctor who can perform a series of tests to rule out certain conditions and find out exactly what’s responsible.

If you’re suffering from erectile dysfunction, whatever the cause, you should know that it all boils down to blood flow. All erections are the result of a rush of blood to the penis.

When you’re sexually stimulated, the muscles in your penis relax. This allows your penile arteries to swell with blood, filling up two chambers in your penis and causing it to become stiff. When your muscles eventually contract, the blood is able to leave your penis and your erection goes away.

Because it’s all about blood flow, we can treat erectile dysfunction with carboxytherapy, often in combination with prescription medication. The carboxytherapy is incredibly valuable as it involves using micro-needles to inject the penis with CO2 gas that stimulates the growth of new capillaries in the treatment site. The more capillaries you have in your penis, the more it can fill with blood.

Naturally, nobody wants to think about needles anywhere near their genitals but don’t worry. Carboxytherapy is completely painless as we apply a numbing cream beforehand, so you really won’t feel a thing. While you’ll have to wait a bit for the topical anaesthetic to kick in, the treatment itself is fabulously quick, taking no more than 5 to 10 minutes a session.

Speaking of, the effects of carboxytherapy are cumulative, so you’d need six to ten treatments performed once a week to get results and then have to maintain them with one to two treatments a month.

Nobody likes to talk about erectile dysfunction but if you chat to just one person make it a doctor. They’ll be able to perform a full evaluation to figure out the cause. Treatment-wise, they’ll be able to prescribe medication if needed and, if you’re a candidate for carboxytherapy, they’ll help you kick start a treatment plan.

Erectile dysfunction isn’t something anyone wants to deal with, but if it’s affecting you, know that you’re not alone and there are lots of things you can do about. Together, we can help you regain your sexual health.