Forgetfulness: Men may actually have an excuse to forget 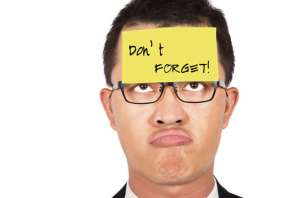 Forgetfulness, it’s pretty normal for us to lose our keys from time to time, and even misplace a thing or two. The challenge comes when forgetfulness and memory loss are a recurrent problem, one which progressively gets worse. Age plays a large role in the mental decline and associated disorders such as Dementia and Alzheimer’s. It makes the chances of losing our memory a very real threat.

While forgetfulness is a normal part of ageing, an expected outcome even. Recent studies have found that men might be on a faster track to memory loss and forgetfulness than women.

Previously it was believed that there is a direct link between memory lapses and the prevalence of a group rogue proteins known as ‘amyloids’ (often a precursor to Alzheimers and Dementia). However, studies now show that ageing, in fact, is the first determining factor in memory loss. The study also revealed that age is directly related to memory decline and concludes that men are more genetically predisposed to age-related memory loss.

– memory loss was unrelated to having the gene APOE4

– male memory became worse than women’s at around 40

In conclusion, the study shows that there is a profound effect of ageing on the brain, more so in men than women (except pregnancy). Disorders such as Alzheimer’s and Dementia are merely a result of an already pre-existing memory decline and not solely due to the presence of amyloid plaques.

How can you improve your brain health