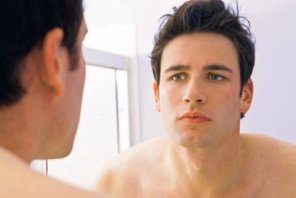 If you’ve ever thought about changing the shape of your nose but are nervy about going under the knife (for a surgical nose job) you’ll be glad to know about 3D rhinoplasty. Not everybody is a candidate and large noses can’t be reduced in size. However, if you’re wanting to improve a flattened, crooked or humped nasal bridge or lift a sagging tip, it can be done in a way that’s minimally invasive.

According to Hollywood plastic surgeons the most envied – and copied – nose on the red carpet belongs to actor Jude Law and Zac Efron’s is a close second. While Jude might’ve been blessed with a great looking nose from birth, it’s rumoured that Zac’s was ever so slightly refined. Zac apparently managed to squeeze it in between shooting the first and second High School Musical films. If it’s true the work was very subtle and as only improved on the handsome star’s good looks. Could 3D rhinoplasty be responsible?

If that’s the case, Zac’s procedure was a simple one because a ‘liquid nose job’ is quick and easy. After a consultation with a doctor to ensure your desired results are achievable. In the procedure, they’ll use either injectable hyaluronic acid or specially designed PDO threads called the broom – or both. These are used to create a more aesthetically pleasing shape.

What does 3D rhinoplasty involve?

The procedure takes about 30 minutes to complete and because a topical anaesthetic is used, it’s almost painless. Afterwards, it’s possible that you could experience a little bit of swelling. This, however, is short-lived so you can easily carry on with your day with nobody being the wiser.

Aside from being much quicker, almost pain-free and devoid of downtime, a liquid nose job is a lot less risky than a surgical one. The latter involves removing cartilage which could result in a weakened structure that negatively affects your breathing. You also don’t have to have any threads removed as they’re naturally absorbed by your body. Results usually last up to two or three years.

If you’d like to find out if you’re a candidate make an appointment at your local Skin Renewal branch today.