Nootropics: Can they boost your brainpower and improve your life? 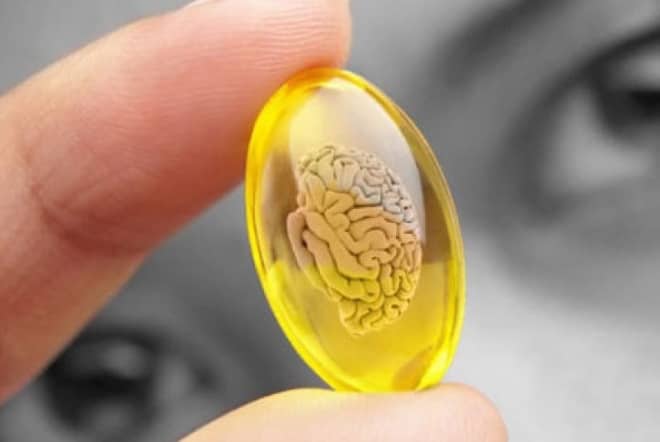 Chances are you’re familiar with nutraceuticals – functional food or supplements that provide medicinal benefits – but have you heard of nootropics? A nootropic is a natural supplement or drug that can help you boost your brainpower. Depending on what you take, they may have the ability to improve your memory, concentration, alertness and even creativity. Many nootropics are also proven to help protect your brain against age-related decline.

While there are many nootropics on the block (even omega-3s are considered a nootropic!) we’re going to chat about four and one – or all of them – might be just what you need to help you unlock your full potential!

Nootropics you need to know about

Gamma-aminobutyric acid (GABA) is a neurotransmitter-like compound made by your brain. It helps reduce the activity of your brain cells which sounds like a bad thing, but it’s not. Switching to lower gear makes it easier to relax and concentrate. This makes it a brilliant choice for students, athletes and anyone who struggles to “quiet” their mind. (Yes, insomniacs, we’re talking to you! GABA helps encourage slow-wave sleep – the deep restorative kind your brain’s been craving.)

Alpha-lipoic acid (ALA) is a fatty acid that’s naturally found in your body but your levels decline as you age. Taking a supplement has fantastic antioxidant benefits that can protect your cells from many ageing-related diseases, particularly cognitive ones like Alzheimer’s, Parkinson’s and even depression. This is largely to do with the fact that ALA can cross your blood-brain barrier (BBB) and protect your brain’s neurons and neurotransmitters. One study has shown that taking an ALA supplement has a stabilising effect on the BBB which is why it’s considered a good adjunctive treatment for anyone who’s suffered a stroke.

L-Theanine is an amino acid that occurs naturally in tea, particularly the green kind. It can easily cross your BBB where it works to increase your brain’s “happy hormones”, dopamine and serotonin.

When taken as a supplement such as Medford L-Theanine, this super soothing can help reduce anxiety, improve your mood and increase your ability to focus. After all, a calm brain is one that functions best. All you have to do is think about how difficult it can be to recall information under pressure to know that when you’re relaxed, you put in a better performance. For this reason, an L-Theanine supplement is a good option for students.

Tyrosine is an amino acid naturally produced in your body but can be found in many high-protein foods, especially cheese. What makes it important for your brain is that it assists with the creation of several important hormones including dopamine. What makes L-tyrosine a brilliant brain enhancer, however, is its ability to restore neurotransmitters that have been reduced by stress.

Numerous studies have shown that those taking a tyrosine supplement such as Solgar L-Tyrosine did better in tests measuring their memory and concentration than those ingesting a placebo. Better yet, tyrosine may be useful to anyone who’s running on a sleep deficit. Another study showed that a single dose could help those who were sleep-deprived feel more alert by up to three hours than they would otherwise.

Phosphatidylserine is a fatty substance that occurs naturally in your brain. It covers your brain cells to protect them and carry messages between them, playing an important role in keeping your memory sharp. Much like ALA, your body’s phosphatidylserine levels decrease as we age. Taking a supplement such as Medford Cogni-Serine, however, may help prevent memory loss and the gradual loss of cognition.

Studies have shown that people who took the supplement scored higher on tests regarding short-term memory and concentration tests. They even reported feeling in a better mood!