Acne, leaky gut and the lifestyle changes that make a difference 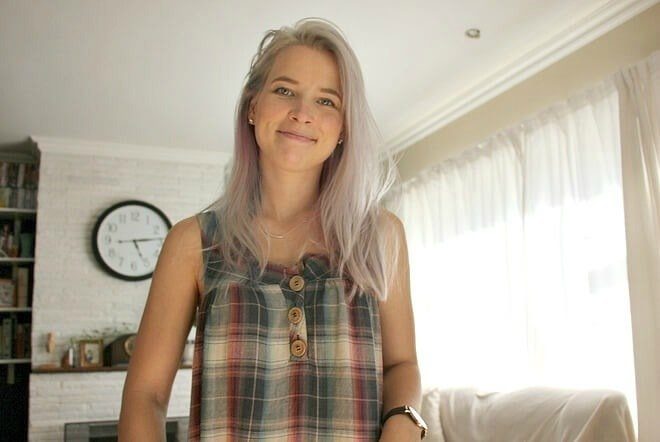 Acne and problem skins are often treated as a topical concern, this means that the cause is never addressed and as a result, the skin flares up repeatedly.

By addressing the internal issues as well as the external concerns you can eliminate acne and problematic skins. A lack of a holistic approach leads to misdiagnosis, as acne and other skin concerns such as Rosacea are known to be linked to digestive disorders such as leaky gut.

Acne a long and personal struggle

Here Cindy Alfino, of the blog 3 kids, 2 dogs and 1 old house shares how she managed to maintain the changes required with leaky gut in order to beat acne. What changes, you may ask? Giving up dairy, grain, and sugar. Not an easy task with a family.

6 Ways To Stick To Your Lifestyle Change

1. MAKE IT A LIFESTYLE CHANGE – NOT A DIET

Just the word diet screams NO!  If I viewed this as a diet, I would have crumbled ages ago.  This is not a diet, it’s a change that I am making to my lifestyle for the long run.  It’s not fleeting.  It’s not going to end.  Which is really hard to accept.  Ask my pillow that I cried into many times.  But knowing that you are in it for the long haul helps to make you more committed to making it work.  Have a little funeral if you have to, but do something to end the old you and start the new you.  The you that’s going to own it.

2. STOCK UP ON CHEAT FOOD

This sounds silly, doesn’t it?  But I’m not talking about stocking up on real cheat food – I’m not a total sadist – making you stare at the cheat food you can’t have every morning while you eat your banana.  No, no, I’m talking about something that you are allowed within this new lifestyle change.  So for example, I can no longer eat Nik Naks until the cheesy residue is all over my face anymore.  But I can eat lightly salted chips.  It’s still a cheat because I’m sure there’s some kind of crap in there too, but if you weigh it up against eating a whole slab of chocolate, I think it’s OK.  Because the thing is, no matter how invested we are in the lifestyle change, we’re still humans with cravings.  And after a bad day, a relatively OK packet of chips is better than a milkshake and a pizza.

Let me save you all the time, money and tastebuds in telling you that 99% of the time, the imitation version of the thing you want is just crap. I have not had a grain, dairy, and sugar-free anything that tastes as good as the real thing.  Except for that time, we went to Honest Chocolate.  But apparently, I can’t move in there so that sucks.  Seriously though, trying to make a million expensive recipes just to imitate the thing you want is going to leave you disappointed.  Believe me.  Don’t buy into trying to replace your cravings with imitation things, replace them with something else entirely.

I’m not one to eat breakfast (because who even has time to make bacon and egg in the morning) but by lunchtime I am RAVENOUS.  I would literally eat your head.  So I have learned to make sure that I stay full, because when I’m hungry I make bad decisions, like eating heads or like buying that cheeseburger.  Staying full means eating bigger meals but also having access to healthy snacks at any given point.  I keep a bag of peanuts and raisins in my car door, so if I’m hangry it takes the edge off.  Also, if you are more like, organised than I am, you could totally pack in things that are good to eat – so you won’t have the opportunity to crave something bad.

Because imitations suck, it’s important to find easy, go to meals or snacks that satisfy you just as much.  For me I’ve started making a huge batch of date balls that have chia seeds, coconut and almonds that are so chocolatey it satisfies my chocolate craving in one, OK three, balls.  But still, I figure even if I sit down to eat all 20 balls in one go, it cannot be worse for me than eating actual chocolate.  Because the date balls are healthy and the chocolate, really really, isn’t.

We’ve started eating a lot of curries (with coconut milk/cream instead of the real thing) as well as lots of roasted meat and veg or salad.  Because of the fact that I literally hate vegetables and salad and fruit and healthy things, getting into making things like this was such a mind shift.  But now that I’ve made 6 months of meals, some great – a lot a super flop, I have “go to” meals that I can cook without even trying anymore.

6. DON’T WRITE YOURSELF OFF

You are going to cheat.  And not with the “good cheat” stuff either.  One day you are going to have a flipping awful day and you are going to order a pizza and a bottle of wine.  It’s going to be delicious and in between your tears of joy at how incredible it is, you’re going to start feeling guilty.  And then you’re going to think, well, while I’m at it, I might as well wash it down with a milkshake and a packet of Nik Naks.