Baby brain: It’s real but it’s not all negative after all! 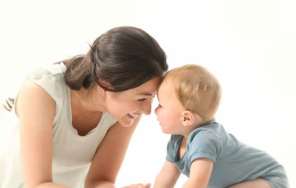 As it turns out, ‘ baby brain ’ is real – but it’s not all negative. It’s an age-old idea that expectant moms are typically ‘scatty’ but now it’s being backed up by science. Australian researchers at Deakin University have found that memory recollection is significantly reduced in pregnant women in comparison to those who aren’t expecting.

This means you’re more likely to forget where you put your car keys if you’re eating for two, but scientists still can’t tell you why.

Still, your brain undergoes numerous changes while you’re pregnant and most of them are fabulously advantageous. Don’t be phased too much by baby brain. Here are just five of the positives you can look forward to.

Scientists have discovered that, during pregnancy, the female brain shows a reduction in grey matter. While this sounds like something to freak out about, don’t. Your neurons are merely moving closer together to become more organised in a way that makes your brain more efficient. Think of it as using a data cleaning app on your cell phone to help make it run faster. It’s really just a case of smaller, better, faster!

Yup, you heard correctly. That mental fog you’re feeling is probably just a result of fatigue, a common symptom during pregnancy. Your brain, however, is firing up! Research performed by Yale University in America found that the mid-brains of new mothers enlarged in the areas linked to motivation and behaviour. So yes, you’re exhausted, but you’re still going to get up and paint that nursery!

We all know that women are better at juggling multiple balls than men but, if you really want to get something done, give it to a busy mom. It’s been proven that the pregnancy increases activity in women’s prefrontal cortex, the bit that’s responsible for multitasking.

Yes, you might not remember where you parked your car, but one thing you won’t forget is a face. Researchers have discovered that pregnant women are better at recognising faces, particularly those of men, than non-expectant females. Why? They don’t really know but the most popular theory is that it’s got something to do with quickly spotting and avoiding any potential threats.

5. You feel the love

Pregnancy, birth and breastfeeding all trigger the release of oxytocin, the ‘love and bonding hormone’ that helps you connect with your baby. Interestingly, despite the hormone’s ability to turn you into a puddle of mush when it comes to your baby, it can also make you more aggressive to anyone you think might harm it. In short, don’t mess with a mama bear!

Baby brain is clearly real and here to stay!