Sleep Deprivation:Is lack of sleep contributing to your weight gain? 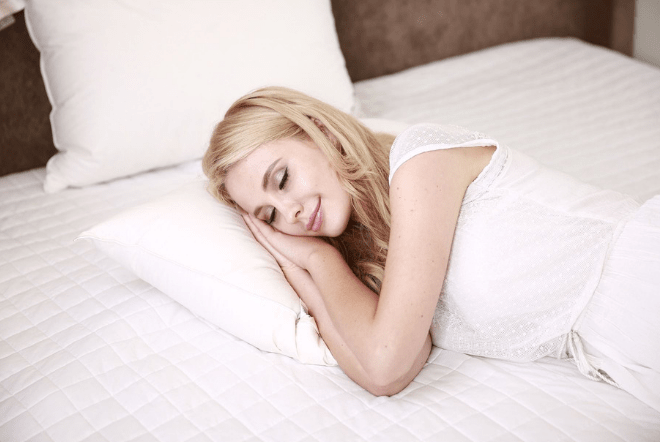 Are you watching the kilograms slowly creep up on you every time you set foot on a scale? Have reached a weight loss plateau you just can’t seem to shift? Either way, two of the first things you’ll probably start paying more attention to will be what you’re eating and how much you’re exercising. After all, losing weight is really just math, right? Fewer kilojoules in and more kilojoules burned should naturally equate to fat-burning. Except when they don’t! This is because our bodies are complicated machines. A large number of factors play a role in our ability to store and shed fat. Also, and few people realise it, the quality of our sleep is one of them. Sleep deprivation is underestimated.

Whether it’s due to stress, a new baby or shift work, many of us simply don’t get enough sleep. And it’s affecting our ability to lose weight. There are a large number of studies to prove it, including one published in the Annals of Internal Medicine. Researchers put dieters on two different sleep schedules and monitored their weight loss. When the participants got enough good quality sleep, they all lost a certain amount of weight. However, when their sleep time was reduced, their fat loss was reduced to half. This, even though they didn’t make any changes to their diet. Also, despite eating the same way that they did while rested. The sleep-deprived participants reported feeling much hungrier, were less satisfied after eating. They also simply didn’t have the will to exercise.

You don’t really need a scientist to tell you that tired people are less likely to want to hit the treadmill. You’ve probably had enough sleepless nights to know the feeling. You’ll also know that when you’re exhausted, it’s that much easier to give in to sugary cravings. Anything to get an instant hit of energy. Still, the people in the study didn’t change their diet. What actually caused their weight loss to stall so dramatically is the frightening fact that sleep deprivation alters your fat cells.

You know the drained-feeling you get after a night of tossing and turning, the kind where you end up zombie-walking through your day? It turns out your fat cells end up feeling that way too. Researchers at the University of Chicago refer to it as “metabolic grogginess” during a study that examined the effects of four days of poor quality sleep or sleep deprivation. You’d think that just four days’ worth of rubbish pillow time wouldn’t be that big a deal, but as it turns out, this is all it takes to cause insulin resistance with a drop as high as 30-percent.

Many people associate insulin resistance with diabetes, but it can happen to anyone. Essentially, it’s a state during which your body ignores insulin’s important instruction – to transfer the sugar that’s in your blood to your cells where it can be used as fuel. Being “resistant” to the signal, it lingers far too long, creating high blood sugar before converting into fat. It’s basically the fast track to creating resistant fat, the type that just insists on clinging to your midsection. Also, speaking of sugar, studies have found that those who eat sugar are a lot more likely to experience mini arousals during the night. These don’t wake you up but keep pulling you out of deep sleep into a lighter, much less restorative state. The result is that you wake up feeling tired, but can’t figure out why because, as far as you’re concerned, you sleep right through the night.

In short, if you’re a bad sleeper and currently struggling to lose weight, you should realise that the two are probably connected. This is why it’s important to make sleep a high priority and not just for the sake of your waistline. It really is the foundation of good health.

If you’ve already done all that you can to improve your sleep hygiene and still aren’t winning, consider talking to your doctor. They can recommend a supplement like melatonin or GABA for sleep deprivation. They could also put you in touch with a sleep clinic where highly-skilled specialists can find out the real reason as to why you’re fighting with your pillow and put back on the path to wellness. At the end of the day, losing weight is great, but waking up each day feeling refreshed can change your life.