Perioral Dermatitis, It Is Often Confused With Acne And Here’s Why! 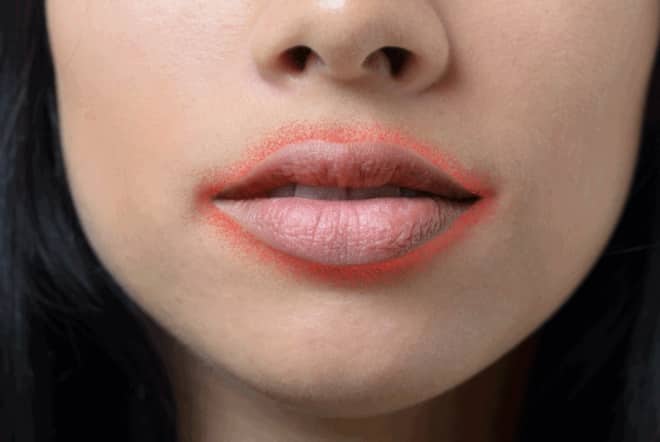 Perioral dermatitis is one of the most commonly misdiagnosed skin conditions, often confused with acne because it can present as tiny, red papules. What it really is, however, is a very misunderstood rash that typically appears around the mouth. It can, however, also occur around your eyes, nose and genitals.

Anyone could suffer from perioral dermatitis, but it usually affects females between the age of 16 and 45. Frustratingly, doctors still don’t really know what causes it, but there’s been evidence to suggest that it could be linked to the overuse of topical corticosteroids. These are things like hydrocortisone, that, ironically, are the kind of products you’d usually prescribe for dermatitis.

Other potential causes of perioral dermatitis range the gamut and include stress, food intolerances, an impaired barrier function, or a change in bacteria on the skin. Other contributors include allergic reactions, hormonal changes and even a compromised immune system. External factors also play a role too. For example, overexposure to the sun, wind and high temperatures all tend to worsen the condition.

Perioral dermatitis tends to manifest as a red or pink bumpy-looking rash that can progress and become scaly with flakes. Sufferers describe it as the lovechild of acne and eczema.

While it doesn’t usually hurt, your skin might feel dry, itchy and tight. When the rash is disturbed by something (like a harsh scrub or product that contains an irritating ingredient – here’s looking at you, alcohol-based toner!) it will sting.

The rash doesn’t tend to affect the skin right next to the lip line but will appear just around the mouth area. Oftentimes the rash can appear around the nose or eye area too. It is also known to occasionally appear around the genitals too, but this is rare.

As mentioned, people often mistake perioral dermatitis for acne or eczema and their treatments. Topical applications of harsh benzoyl peroxide and steroid creams – only serve to make it worse. If you’re experiencing redness around your mouth which is constantly aggravated by whatever you apply, then it’s time to see a doctor.

As far as treatment goes, this would depend on the severity of your rash. A mild rash might include prescribing a topical anti-inflammatory in a non-greasy base, as oil as heavy ointments tend to aggravate the condition. If it serves, you might be written a script for an oral antibiotic or rosacea medication. Many people benefit from photodynamic light therapy (PDT).

Do your bit at home

When it comes to treating perioral dermatitis, don’t underestimate the importance of home care. You might hate hearing it, but it would be best if you stopped using all cosmetics until your symptoms clear. This includes facial cleansing products, particularly those that contain the foaming agent sodium lauryl sulphate. Also, avoid moisturisers and make-up. Again, avoid ointments or creams with a petrolatum or paraffin base can be causative.

Once your symptoms have improved, it is suggested you switch to a range such as Lamelle’s Serra range which is specially formulated for skin with a compromised barrier function.

If you’ve developed a red rash or a spate of what you think are pimples that are around your mouth and suspect it’s perioral dermatitis make an appointment. It is advised to see a doctor or dermatologist. They can make a definitive diagnosis and advise you on which products. It is best to follow their advice on what to toss, what to buy and, any medication.

While there’s no cure for the condition, there are lots of things you can do to prevent flare-ups and keep it under control. Treat your skin gently and carefully, and you should see a visible difference.